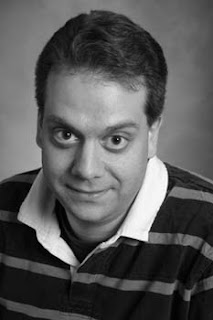 You once lived in a house that had 30+ steps on the outside.  Did you receive regular death threats from delivery people?
Death threats would imply that the delivery folks actually bothered to lug packages all the way up our "Staircase O' Doom". Instead, we'd find parcels hucked halfway up the hill, or piled at the bottom. Often burned. Presumably in effigy.
As it happens, there were exactly 39 steps from street level to front door, which was kind of a cool literary reference. Though to be honest, I never read the book. Maybe if the house had been on the way to Mulberry Street or there was some kid with a giant peach living in the basement, I could have managed it.
On the bright side, I now Stairmaster at an eighth grade level. So that's something.
If there was a deity that handed out superpowers, what power would he/she give you?
I've always assumed that any gods out there in the aether would only interact with us mortals to get a kick out of screwing with our heads. Either Greek mythology made a lasting impression on my childhood, or I've repressed much more bullying from the older kids than I care to consider.
Either way, I'd expect a superpower that seems tremendously helpful at first, but actually leads to the sort of hubristic hijinks that make Zeus upsnort his ambrosia in a fit of giggles. Like invisibility that doesn't include hair, or turning everything you touch into Wal-Mart store credit vouchers.
For me specifically, I think I'd be given the ability to read peoples' minds -- but only if I'm physically in contact with their heads. So unless I became a hairdresser or dental assistant or professional earlobe masseuse, it'd be essentially useless. Other than finding out what my wife's really thinking about while she's kissing me. And I do not want to go there. Because it's probably Wal-Mart store credit vouchers. Yow.
You mentioned in your bio that you do “smart, sophisticated comedy about life, language and the size of your naughty bits – not necessarily in that order.”  What daily factors control the order of those humor goldmines?
I think it's important to engage the audience on their terms. If I can use my personal experience to make a connection with a listener or reader or parole board member, that's a very genuine sort of interaction. So I share what I've known in 'life' to bond with people who've had similar experiences: clueless husbands, office doormats, incontinent pet owners, the socially hopeless. Cynics. Smartasses. Idiots.
My aim is to provide what the folks around me may relate with. This being Boston, there are an awful lot of bookish academic sorts who may appreciate a clever turn of phrase or amusing bit of wordplay between arguing over Neitzsche and building Lego robots on Saturday nights in their mothers' basements. Thus, 'language'.
To your actual question, it's pretty clear by now that none of those people I just mentioned are actually paying any attention to me. So if I want to wax poetic about the size of my enormous... ego, I'm free to do so. These days, I just flip a coin and go -- heads, it's gerunds; tails, it's genitals. If it rolls under the couch again, it's slice of life time. Simple.
(Of course, the 'naughty bits' angle does have its downside when you're playing your own crowd. My audience gets to laugh and point at me standing naked in the bathroom mirror. That'll suck the nuggets right up the old humor goldmine, let me tell you.)
Pimp yourself:  Where else can our readers find your work?
I write regularly on my own personal site, Where the Hell Was I?, and mostly irregularly anywhere else I can get away with it.  At the moment, that includes a staff gig at Bugs & Cranks, where baseball humor rounds third and heads for home, and the Zolton Does Amazon prank article series over at ZuG.com. If you're quick enough, you might also catch me Twitterpating.
Posted by Mug of Woe at 8:57 AM