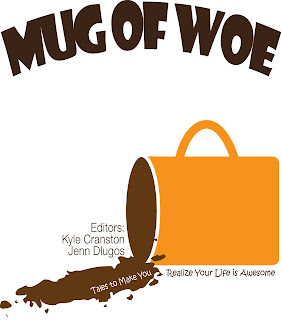 Hello our wonderful fans and contributors! We want to be the first to tell you about our very first Mug of Woe reading. Join us Friday, November 4th at 7:00 p.m. at Books on the Square in Providence, RI. See some of your favorite Mug of Woe stories come to life as our contributors reenact their woeful accounts. We hope to see you there!
Posted by Mug of Woe at 10:42 AM No comments: 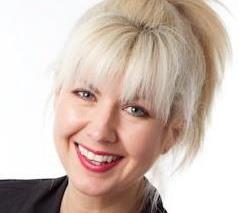 Your Mug of Woe story was about the grueling art of comedy.  Tell us about your strangest stand-up comedy experience.
I used to have epilepsy because of a lesion in my temporal lobe. No one noticed for a long time because the kind of seizures I had was mild and I didn't lose consciousness. It interfered with my ability to retain my act though, made me rely on audience work a lot as a safety net.  Then in 2001 something happened to the lesion in my head and I got a worse more noticeable form of seizure. I would black out completely leaving my body to do things like make weird faces and hoot and cluck and such. They never lasted long but it would take a while for my memory to catch up with my state of awareness. I would go out for about two or three minutes and the time around it would be erased.  This is what happened the first time I ever did really well on stage. I remember being at the bar at Gotham Comedy club looking at my hands and the next thing I know I am being helped down the stairs by my friend, Lou. I hear I killed. I wish I had recorded it. I have no idea what I did. Which is a prime example of the inner workings of a stand up comic. I was much happier that I was funny than I was concerned that I had left the planet without my body.
If there was a deity that handed out superpowers, what power would he/she give you?
I have been reading super hero comic books since the late '70's. Most super powers, generally, wind up biting you in the ass. You will never find a whinier or more askew lot of folks than the ones with superpowers. Even the ability to be perfectly happy with everything could potentially screw up my stand up act. So I would say something easy like decent eyesight (I'm recently becoming pretty freakin' blind) or the ability to keep teenagers happy during puberty.  My name would be Lady Hormone and my side kick would be The Cramp.
Crayola wants to create a crayon in honor of you.  What would they name the color?
It would be a crayon that is mostly white with a little ring of black on the bottom called Bleached White With Roots.
Promote yourself:  Where can our readers find more of Jessie Baade?
You can always friend me on Facebook but please let me know where you found me (so I don't think you are a spammy prostitute). And also, I keep my schedule and clips and such on http://www.jessiebaade.blogspot.com/.
Posted by Mug of Woe at 9:53 AM No comments: 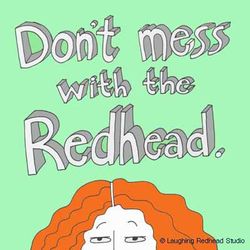 Your Mug of Woe story is about your valiant efforts against a cockroach.  Do you have any superpowers against other household pests?

Just ants. And mainly that's cause I spray them with toxic substances.


A theme park wants to build a ride based on you. What type of ride would it be, and what would it be called?

Coolio!!! It would be called "Teresa's Zombie Fun House of Mirrors." And you wouldn't know if you were being chased by a zombie, or just seeing yourself before you've had coffee. Or maybe seeing yourself after a bigass funnel cake.


You are required to move to a deserted island for one year.  You are allowed to take five items.  What do you take?

I'm presuming that I wouldn't have wifi . . . if I do - well, I guess I would want an internet café.

Promote yourself:  What are you working on right now and where can our readers find your work online?

My Laughing Redhead Bloggy Wog is at http://www.LaughingRedhead.wordpress.com and my site is www.LaughingRedhead.com.  I'm always working on cartoons  and silly sentences. I was nominated for a Reuben this year, so I guess I'm working on winning next time :-)
Posted by Mug of Woe at 2:02 PM No comments: