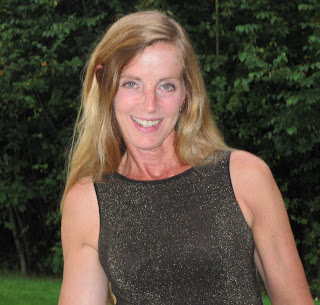 Do you have a secret talent?
I wish I could say I have a secret talent like tying a knot in a cherry stem with my tongue; however,  if you know me and I have a talent, you are sure to have heard about it by now.
If you could go on a road trip with any famous person (dead or alive), who would it be and where would you go?
I would take a road trip with Mother Teresa. I doubt we’d stop to buy anything but I’m sure we’d give a lot of ourselves away and that in itself, would be a gift.
If a film studio was to do a movie on your life, what would it be titled?
A movie about me would be called “Coloring outside the Lines” and would be the film version of my novel. I grew up in a large Irish Catholic family with five brothers. No matter how hard I tried, I never seemed to do anything perfectly right so I spent my days trying to be the very best I could so that I could save the souls of my brothers who were also lovable but far from perfect themselves.
Promote yourself – where can we find your writing, and what projects are you working on right now?
I am in the process of looking for an agent for my novel. Coloring outside the Lines takes place in, an upper middle class suburb and is home to Harry and Lillian LeBlanc. Harry is the hardworking underdog, victim to Lillian’s alcoholic post bridge game rages, and father to five children. Lillian, the mistress and matriarch of the household, hires and fires the help; however, the help, as often as not, raid the liquor cabinet and leave of their own accord. Deceived and enraged, Lillian feels entitled to use what would have been the maid’s salary, to reward herself with a weekly antique for the domestic services she herself had to render. She fashions herself after Jackie Kennedy and is perpetually chagrined that her husband sells carpet when other husbands golf, enjoy martini lunches, and hobnob with the elite. The children are raised to be guilt ridden ‘you could die in your sleep’ Catholics. Every Sunday, before the Holy Communion wafer has had a chance to dissolve on Lillian’s acerbic tongue, she launches into a commentary about ‘the fruits,’ ‘the wops,’ and the classless members of the church’s congregation. Nightly, the family gathers to pray the rosary.
Joseph, the oldest son, shares his mother’s sense of entitlement and emotionally batters his siblings. Gerard believes he is a reincarnated Confederate soldier who spends ‘a lot of time on the battlefield in his head.’  Ann, the only daughter, feels a grave responsibility to be a modern day saint until, fueled by hormones, she falls from grace and lusts after swarthy bad boys. Paul, ‘the fanatic,’ irons his Fruit of the Loom underwear. An outfit is never complete without his scapulars. Benjamin, when not being ignored, is ostracized for his simple mind and hearing impairment.
Prejudice is promoted by the adults, battled by the uncomprehending innocents and dominates the themes of sibling rivalry, Catholicism, sexual discovery, success, failure, heartbreak, desire, and loss. Dialogue is succinct, strong, and witty, shaping the characters. Details cement a strong sense of time and place.
Fate rears its ugly head when Joseph, falls madly in love with and beds Monica, a young Jamaican maid. The book comes full circle as Lillian, sipping her Jack Daniels Manhattan, pens her yearly Christmas newsletter detailing the illusionary life of her perfect family.
Posted by Mug of Woe at 5:00 AM