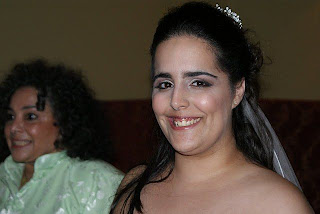 This week’s spotlight is Carly Engels Johnston, who gives new meaning to "Don't drink the water," when vacationing in Cabo! Check out her essay in Woe of the Road!


So, Cabo seemed like the trip from hell. Did anything good happen at least?

Absolutely. I got to try a ton of new food, experience a completely different area and culture from a local perspective and the friend I stayed with was a fantastic (and hot) guide.

If you could be any animal, what would you be?

I would say a shark because I find them incredibly graceful, but that seems to unnerve people. So, that being said, there is something about the smallness and efficiency of prairie dogs and meerkats that I also identify with. I can't stop watching them when I am at a zoo; they are just too cute!

What chore do you absolutely hate doing?

I have to name just one? Let's just keep it broad and say overall cleaning.

Promote yourself --- where can we find your work?

I ghost write the marketing content for law firm websites throughout the US, Canada and the UK. My creative work is by request only, but eventually I will make it available for public consumption. You can also find me on Facebook under Carly Engels Johnston, where I am known to post the occasional witty and/or alliterative remark about the banalities of life. 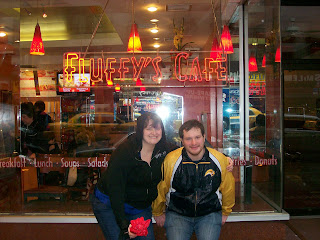 This week’s spotlight is Mike Dlugos (brother to Woe editor Jenn) who chronicled a harrowing canoe expedition with his college Outing Club in Woe of the Road. Deliverance references, a-plenty.

What was your record for the most people lost during a drive to/from an Outing Club destination?

In the pre-walkie-talkie age, I would say ten. I think on one trip, two cars decided to stop for liquor and we didn’t see them again for a couple of hours.

In your essay, our ever-colorful Grandpa called one of your friends "Cider Barrel." What was your favorite car ride with Grandpa?

I would have to say the half-hour argument between Grandpa and Grandma about the use of helicopters in traffic enforcement. The debate centered around whether or not the helicopter actually lands and pulls people over, with the helicopter pilot coming out to give out speeding tickets.

You walked The Northville-Placid trail. Tell us your favorite memory from that experience.

The Northville-Placid trail is a 150 mile north-south trail through . My favorite experience was at a place called in the West Canada Creek Wilderness. The lean-to was located near the lake and a gusty breeze kept the black flies away. There was also a natural beach that allowed us to go swimming in the picturesque, mountain-encircled lake at twilight. We also have fond memories of using a particular outhouse with a “seat” that was simply a 3-inch piece of wood that you had to lean on – not one of my more beautiful memories of the trail, but definitely one of the more humorous ones.

What is your dream nature vacation?

I think that would have to be climbing Kilimanjaro, which passes through so many neat habitats on its way to the top, including its now-endangered snow cap.
Posted by Mug of Woe at 9:48 AM No comments:

This week's spotlight is on Jennifer Packard, whose Woe of the Road essay shows the downside of being stuck in a ditch. Like there's really an upside though.

If you were a car, what type of car would you be?
Probably a Prius since I'm all environmentally friendly and like to sneak up on people.

Name another instance where you've been stuck in an unwanted place?


One time I was volunteering at an animal shelter and the janitor lost his keys to get in. He needed someone who could fit through the office window to unlock the door, and I ended up being the smallest of all the volunteers. I stuck my legs in first but couldn't slide in, so thought I'd bend and squeeze my head and top part in. Not a smart move with my bum hanging out the other side of the window and the volunteers laughing and trying to push me through.  Being stuck in that position reminded me of Winnie the Pooh when he got stuck in Rabbit's hole. All they had to do was paint a face on my bum and put a plant on top for decoration. Not my proudest moment.

After being rescued by a woman named Cher, which celebrity would you really want to be rescued by?

Well I was going to say Johnny Depp for obvious reasons. But I have to go with Liam Neeson (for the same obvious reasons) but also after seeing The Grey and watching him lead men stranded in the Artic and take on a pack of ferocious wolves, I'm firmly convinced he could easily pull my friend's car out of the ditch, probably with his bare hands, rescue us both and have no problem taking on their fearless police Bassett Hound.
Posted by Mug of Woe at 5:32 AM No comments:

Woe of the Road -- Winner of Best Anthology at The Beach Book Festival!

Lots of love for Woe going on this month!   Right after we learned of our exciting Finalist placement for Mug of Woe in the Indie Excellence Awards, our second book  Woe of the Road has won for Best Anthology in The Beach Book Festival!  We are going to New York City this month for the award ceremony!

Thank you to the festival for recognizing our book, and also to our fantastic writers who made our book possible! 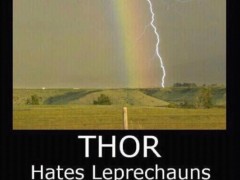 This week's spotlight is on Kathy Adam. Her stories in Woe of the Road are cautionary tales about the dangers of getting lost on a road trip with a very hungry friend.

Your friend in your essays sounds like she gets hungry a lot. Does she have a tapeworm?


Yes, she does! She should know by now to carry healthy snacks and a have an 800 page book in case I'm running late.

Have you bought a GPS yet?

No. I refuse to buy a GPS but I do own a Boston map which is 257 pages. It was a good investment since I was moving out here. It remains in my car to this day. I'm surprised I haven't received a GPS for a gift by now.

You have visited Germany. What was your favorite memory of that vacation?

I went on one of those 36 day European Tours after graduating from college. My vaguest memories are from Germany. We were in Germany during Oktoberfest. I do remember spending most of my time in a beerhall drinking beer and eating pretzels. I do have a souvenir beer stein and an Oktoberfest hat (picture a mug of beer you wear on your head). Pictures of the event have been burned. Surprisingly I found our tour bus at the end of the day.

Why do you hate The Grapes of Wrath? It’s a classic!

I know it’s a classic but I hate it! Apologies to all writers but this is the original Woe of the Road Story in American Literature. And their luck doesn't improve once they get to sunny California. I cringe when I see the book in the bookstore or when the movie is on. This hatred goes back to a College English class. There is a chapter devoted to a turtle crossing the road. I've considered trying to read it again but haven't worked up the courage to tackle this novel.
Posted by Mug of Woe at 7:36 AM No comments: