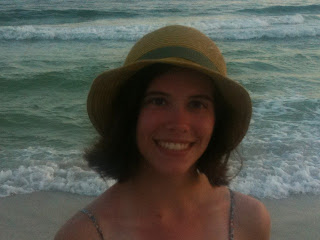 Samantha Cranston's essay in All Woe Great and Small just goes to show that not all cats are natural hunters...especially Charlie.

So, your cat Charlie is a total wuss. What's your idea of a "brave" pet?

I'd have to say a brave pet is open to new experiences and accepting of new people. So basically, most dogs.

If you were an animal, what animal would you be?

Definitely a tiger! I just think they're gorgeous. Plus, they're solitary creatures, which means that I could become a tiger and maintain my natural introversion. Poachers are a problem, but I'd rather deal with that than any of the homework I have due this week.

If you had the chance to go back in time for 24 hours, where and when would you go?

This time last night, I was watching the Green Lantern and I would definitely have to go back and stop myself from doing that. Watching that movie was the thing I regret doing most this week.
Posted by Mug of Woe at 10:44 AM No comments:

Rachel Cann's stories in All Woe Great and Small remind us that dogs are man's best friends. Gerbils, however, are more like the annoying acquaintances you block on Facebook.

One of your essays tells the story of how you won a court case to retain custody of your beloved dog, Boston. Tell us one of your favorite stories about Boston.

Boston's beginning was at the top of a mountain in North Conway, New Hampshire, with a breeder who called her the runt of the litter, since she was the only one left. On the 3 hour drive back to Boston, Mass, the puny pup's name became Chelsea. She was so terrified of the sidewalks, she had to be carried. Chelsea was bred to a huge  Alpha dog, which I purchased for 50 dollars, because he had had chewed everything on his owner's dresser. Precious, as he had been called by the previous owner, was so  magnificent, when I first saw him from the windows of the Florida stilt house I lived in, tears came to my eyes. This dog often tried to push me down the stairs leading to my front door, until I tamed him. Of all my dogs, Precious was the most faithful. Chelsea was determined by the vet to be unsuitable for breeding. But when he offered to dispense with the pups, I demurred. So poor Chelsea, towards the end, a big as a watermelon in the middle, had a hard time climbing those very steps Precious had sought to cause my demise. When she gave birth, "daddy" watched through my bedroom window and Chelsea gave him a snarl of anguish as poignant and readable as any human in labor might. The 13 pups were a Florida record! Boston was one. They all came with me when I moved back to Boston, but no landlord wanted dogs. Many are forced to have their dogs put down. But I couldn't do it. My heart was always bigger than my brain. We lived for a long time in my car,  where I wrote a few stories of our adventures, published in Spare Change, the newspaper for the homeless. It was a hard decision to make, but when my son offered to take one dog, Boston went to live with my 2 grandchildren. When he became 12ish and somewhat incontinent, I got him back, and my acupuncturist, Marie Cargill, gave him the same treatments she had given my other two and thanks to her, Boston and I had another year together of pure joy.

Your other essays recounts the great personal risk you went through to deliver pet gerbils to your hospitalized son. What was his reaction when he saw them?

The gerbils were the farthest thing from my son's mind once I got him a puppy, a cat, and two Spectacled Amazonians.

What would the title of your autobiography be, and why?

My memoir-in-progress is called Connected, and I want to inspire others to believe in what God only knows, that we are all here for a reason, and that we are all able to realize our fondest dreams.

RachelCann.Com is my new URL. I would appreciate some followers to build a platform.
Posted by Mug of Woe at 3:58 AM No comments: 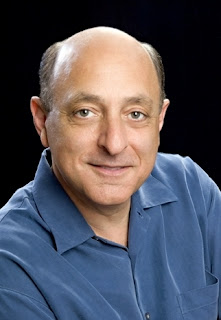 Stephen Masse's story in All Woe Great and Small proves that humans are not the most dominant species, but we're still ahead of the Easter Bunny.

Your story about Junior and his Easter Bunny ended, shall we say, unfortunately. Do you have another favorite animal story you could share?

I do have another favorite animal story. Last year I was visiting the White Mountains and I walked into a souvenir shop that had a sign on the entry door: "Talking Dog $50.00." I was intrigued, of course, wondering what sort of growly nonsense the owner must have spent hours teaching the poor dog. So I asked, "What's up with the talking dog?" The shop keeper said, "He's right out back, you can go meet him yourself."

So I went out and saw the dog resting on the grass. I approached him and said, "Hey there." The dog lifted his head and said, "Hi there yourself, baldy. What's shaking?"

I was stunned, and looked around to see if the owner was throwing his voice. Definitely not. "So you really are a talking dog," I said.

"Oh yes. I used to work for the State Department," he said. "I've been a spy in Iran, Iraq, Afghanistan, Russia and China. I just sat in those meeting rooms and listened to everything, then afterwards I'd give my report. A few years of that, and they thought it might be time for me to find a mate, and have some puppies. Now the puppies are grown up, and I'm feeling my age. Once in awhile, I go to the airport and sniff luggage for drugs or weapons, but it's almost time to retire."

"Well, it's great to talk with you," I told him. I hurried back into the shop and said to the owner, "That is some dog you've got out there! I'm impressed -- actually, I'm amazed. Why in the world would you ever want to sell a dog like that for just fifty bucks?"

And the owner said, "Because he's such a fucking liar."

You are also a novelist.  If you could have lunch with any fictional character, who would it be and why?

That is a question I could answer differently many times. The first fictional character that comes to mind is April McQueen in The Magic Journey, by John Nichols. April's character is drawn in this book so much like a biography that she comes to life as wild and sincere, passionate and lively as any woman I've known in real life. I am still surprised this book hasn't been made into a film.

If an extra-terrestrial crash landed his spaceship on your porch, what are the first three questions you would ask it?

Crime and suspense fans should go directly to amazon.com or barnesandnoble.com and order my novel, A Jolly Good Fellow (Good Harbor Press, 2008), which was winner of the Silver Medal in the 2008 Independent Publisher Book Awards, as well as Honorable Mention in the 2008 New England Book Festival for best books of the holiday season.
My latest book is a children's chapter book, The Taste of Snow (Good Harbor Press, 2012), which a few weeks ago was awarded Honorable Mention in the London Book Festival. Adults love it as much as children, and it's becoming a very popular read-aloud book (ages 8 - 14).